Twenty-six-year-old Mabinty comes from Magburaka, the capital of the Tonkolili District in northern Sierra Leone.

After hearing about the AWC Fistula Camp on the local radio, Mabinty arrived at AWC on 18th February 2020 with the first screening trip.  She has been suffering from incontinence for over 9 years, after an extremely difficult labor with the delivery of her first child.

However, it was not correctly done as she was in constant pain every day after and could hardly walk.  Mabinty was also suffering from incontinence.  Over time, Mabinty was abandoned by her husband, her family and her friends.  She became severely depressed and went days without speaking to anyone.

In February 2020, Mabinty heard about AWC’s Fistula Camp on the local radio and made her way to the center of Magburaka.  Here she met up with the AWC’s Screening Trip and was examined.  Mabinty was brought back to Freetown with the AWC team and admitted until she was ready for surgery.

Mabinty had her fistula surgery in the first week of the camp and it was successful, healing her completely.

On 20th March, Mabinty joined her friends in celebrating their healing in the first Gladi Gladi ceremony of the Fistula Camp.  Mabinty left AWC on 21st March with a smile on her face wearing her new dress, made by the AWC onsite tailor.  She is excited to return to her community with a renewed sense of dignity and confidence. 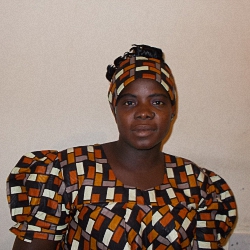